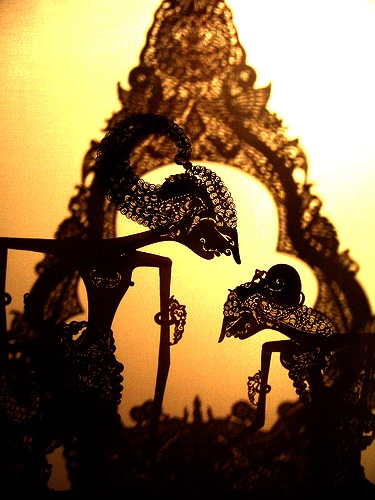 –  a review of Montale ‘Boisé Vanillé’.

Have you ever noticed how your perceptions change in the dark? Somehow, everything except your sense of sight is heightened, sound and smell take on a new significance, and what you can see shapeshifts into other, more ominous things that almost seize a life of their own in the shadows that recede into the darkness. Even your thoughts morph into other forms and patterns, and what seems preposterous in daylight somehow makes far more sense in the witching hours after midnight. Those daytime stories of crystal-clear delineated form and logic fade to darkest gray like old Polaroids, and instead, the mind opens to myths and magic, to all the primeval elements that make us what we truly are and feed the dreams and stories we create, and so we grow, if only we will dare to look into that dark.

I think of all of these things, I think of that interplay of shadow and light, logic and dream, and I think of a perfume that somehow also exhales on the borders of light and shadow, its form shifting and changing into something otherwise and other ways unexpected, and that is another reason I love what I do – to meet the unusual and follow where it leads, even if it takes me further into the shadows. That perfume is Montale’s ‘Boisé Vanillé’, surely one of the most unique vanilla-themed perfumes I have ever encountered.

Until now, I have never tried any of Montale’s perfumes, kept away by other olfactory distractions and hesitant because of one note in particular that gave me serious pause for thought. Montale is a house known for its use of oud. With a few exceptions, oud and I do not get along well. That note of medicinal and apothecary puts me off in a bad way, unless it’s so seamlessly blended with other notes I hardly notice it’s there, or of such an extraordinary quality I can appreciate its other facets.

No oud smolders in ‘Boisé Vanille’, but ‘smolder’ is the operative word here…this is a perfume that pulses in the shadows, that changes and evolves, and is surely one of the moodiest perfumes I’ve ever had the privilege to sniff.

Vanilla, that glorious cured pod of a jungle orchid, can be interpreted in so many ways. From the cupcake ubiquitous of celebufumes and tweenie scents to the star player in the famous ‘Guerlainade’ of Guerlain, who used it to such stunning effect in Shalimar, or focused on the pod itself to effect no less stellar in Spiritueuse Double Vanille, or to Serge Lutens’ olfactory candied dream of Un Bois Vanillé – in all of them and countless more, vanilla lurks to evoke memories of childhood and a sweet-toothed comfort against the vicissitudes of life, or else to seduce with its likewise aphrodisiac pleasures. The scent of vanilla has been scientifically proven to heighten all other sensory impressions, something every perfumer knows who attempts to bottle seduction and succeeds.

‘Boisé Vanillé’ is not that kind of vanilla. This isn’t sweet in the slightest, has no associations with food or childhood comfort scents, and as I wrote before…it’s moody, shifting the ground and the expectations beneath your nose whenever you think you understand it to something else and otherwise and very, very different.

Many perfumes start out on a bright, soprano note of hello before they take you away on that magic carpet ride, but ‘Boisé Vanillé’ has other plans and another kind of ride in store. I read of notes like lemon, geranium, bergamot and lavender and conjure up luminous green, fougère ideas, but here, those ideas are subverted almost immediately by a darker heartbeat…cedar leaves, dark and smooth and bitter. A fiery tendril of allspice glows, intertwined with a patchouli so velvety plush and rich it pulses in the halflight that surrounds you, a suggestion of iris adding its own air of intrigue. This perfume is not short on intrigue.

Vanilla even I can detect above, below and throughout it all, but this vanilla is all base and all basso profondo, it chooses to show another earthier, woody face. If there were such a thing as vanilla machismo, I offer Boisé Vanillé as Exhibit A, although I think it should wear equally well on both sexes, so long as you have the attitude it seems to demand.

After a long, long while, as it leads you through its twilit dark, a magnificent tonka bean makes itself known. Combined with the basso profondo vanilla, the smouldering embers of allspice and that velvet-black patchouli, it evokes certain types of incense, yet no incense is listed, and that, too, is astonishing. Like all the Montales I’ve ever read of, it has the half-life and staying power of radioactive isotopes. When I wore it last, I could detect it quite clearly over twenty-four hours later, even after a bath and a shower.

I can imagine anything with the right kind of cattle prod and very slight provocation. Yet I could never imagine in my wildest, phantasmagorical dreams conjure such a thing as Gothic vanilla, Gothic in the sense of melodrama, of shape-shifting intrigue, of those tales of the Mahabharata enacted by the Wayang shadow puppeteers of Bali. Tales that shift the ground beneath the audience’s feet as they watch, when heros prove to be villains after all, and villains another kind of unexpected hero, changing loyalties and evolving in the dark beyond from light to black, playing out their archetypal tales that lurk in the shadows that make us all encounter what we truly are or dare to be.

Montale is available in many locations online, including Luckyscent, and First in Fragrance.

A big, fat hug and thank you to the very devious Dee of Beauty on the Outside, who made this review possible and once again put me on the primrose path to perfumed perdition!

For other reviews of ‘Boisé Vanillé’, I highly recommend my Scent Twin Suzanne’s, and Dee’s, too.