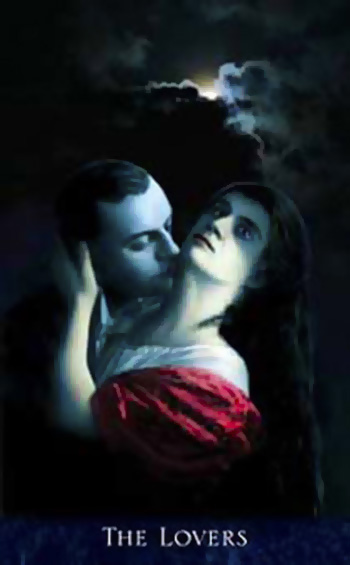 Since that November night two years ago, when I first conjured up my idiosyncratic Devil and my own Faustian tale, I’ve been haunted by…that scent he emanates. Why I wrote it into the story, I can’t tell you. It just arrived out of the ether unbidden in the very first draft…arrived, and then refused to leave.

Meanwhile, I’ve sniffed many things to see if I could find some close approximation. I’ve read a lot of reviews. I do mean…a lot…of reviews. Along the way, and with certain goosebumps of …intuition?, I came across one in particular that for no reason I could define (other than those goosebumps), made me think that heretical thought:

“What if…this were the one?”

It wasn’t the wildly differing reviews I read, not the obvious associations, not even the list of the notes themselves, nothing except that cold chill of intuitive anticipation…something, something there, something about that genie in that bottle, that idea, that concept…

Along the way from there to here, I huffed and I puffed like a latter-day perfumoholic Goldilocks, always on the hunt for the one that was…just right…

Some were too elegant, some not quite refined enough. One came very close, but that was a scent for one very particular occasion in my story…my protagonist’s first fatal forty hours with the Devil at the Chelsea Hotel, but what happened later?

These not a few scents later, the writer who cooked that hare-brained idea up knows, knows it in her bones, and it is – much like her Devil – not at all what she expected.

Understand, this perfume is a leitmotif throughout the storyline, and I had not planned for it. In that way only a perfume can be, it was something sinful, something sexy, something dangerous, something skewed masculine, something with a tinge of leather and a twinge of rock’n’roll and the fevered heat of 4/4 and an underlying howl of testosterone. Sacred and profane, sin and damnation, want and need, scorching heat and blinding light.

That was my idea of the Devil’s scent, and all this time, it was hiding in plain sight. Yet, I knew it was out there, knew it would find me…and one day, it did.

Meanwhile, a friend and fellow blogger of mine is jumping up and down with ill-concealed glee, a friend who knows the entire tale of my protagonist and her Devil, she knew even before the author, she knew…

I sometimes refer to fragrant epiphanies as ‘having a cow’. Sometimes, I’ve had an entire herd of mild-mannered bovines.

‘1740’ is not a herd of bovines. This is an entire cattle ranch of stampeding Hereford across the Argentine pampas, hell…it’s all of Argentina and every cow in Australia, too!

M. Ghislain, you have some explaining to do. How did you know?

Readers, just indulge me for a moment and pack away any associations with that notorious Marquis. I’ll be getting back to him. Forget whatever you might have heard about ‘1740’, forget it all.

Come with me to a Copenhagen café on a bright spring afternoon. Cue that sunshine burst of bergamot…oh, hello! How nice to see you here…whereupon the poor woman is hit with that note that always unglues her whenever she encounters it. It’s given as ‘davana sensualis’, which is a fancy way of saying ‘artemisia pallens’, the sacred herb of Shiva.

Surprise! So the hapless Shakti in my story is swiped sideways in all ways… and next she knows, she is swept off her feet by a hint of black, leathery patchouli, cardamom and coriander, faintly repulsive, animus and animal, yet so fascinating, so swoonable and almost overpowering, she is helpless to resist.

Surely, you expected no less of the Devil’s scent?

My Devil is no ordinary Devil, is not, in fact, particularly evil. Evil, as he says in the prologue, is a construct humans have invented to justify their actions. But he is a bit dark gray in places, places the protagonist wants to know, and darker still in other places where his temper lurks to startle her – that breathless lash of birch and leather, that shock of labdanum and in some secret place only he and she will know, that sweet and haunting, elemi trace of vanilla and immortelle, where he breathes into her ear one midnight hour when they are all the world they need to know…

No one knows but you.

‘1740’ is that tale in a bottle, that love letter in the story, that mutual heat and divine madness.

And all this time – two years by now as I wrestle with revisions – I thought it was a perfume or a soul only my imagination could be twisted enough to conjure.

I have one fervent prayer. Bastet, Goddess of perfume, please ensure that I never, ever encounter this on my Devil’s chosen disguise, or else I shall redefine the ‘perdu’ in ‘pain perdu’. I can’t be held accountable for the consequences if I do.

Maybe you might have an idea that ‘1740’ is simply a very unusual masculine, named for one notorious 18th-century iconoclast and byword for Dearly Dedicated Pervert. It is – a very unusual perfume, and I dare say, if as a woman you have the attitude for Piguet’s ‘Bandit’, you can certainly get away with this.

I prefer not to ponder too long on whatever perfumes the Marquis might have worn. However, in common with my creation, my Devil, they both share a common thread. No matter what you might associate with the Marquis or his writings, if they have one common theme, it would be a declared war on hypocrisy and dogma, a right to assert one’s philosophy and all consequences be damned.

As he writes himself in “Philosophy in the Bedroom”:

It is only by sacrificing everything to the senses’ pleasure that this individual, who never asked to be cast into this Universe of woe, who goes under the name of man, may be able to sow a smattering of roses atop the thorny path of life.

My Devil would agree. And then, he would disappear, off for his next assignation with that poor, doomed protagonist, whose nose could never resist such temptation..or such a Devil as her own… and mine.

And Dee, devious minx that you are, you have some explaining to do…As does M. Ghislain…;-)

I truly love my fragrant friend and facilitator, Lucy, who made this possible. I am more grateful than she knows…

Image: “VI The Lovers” from The Bohemian Gothic Tarot