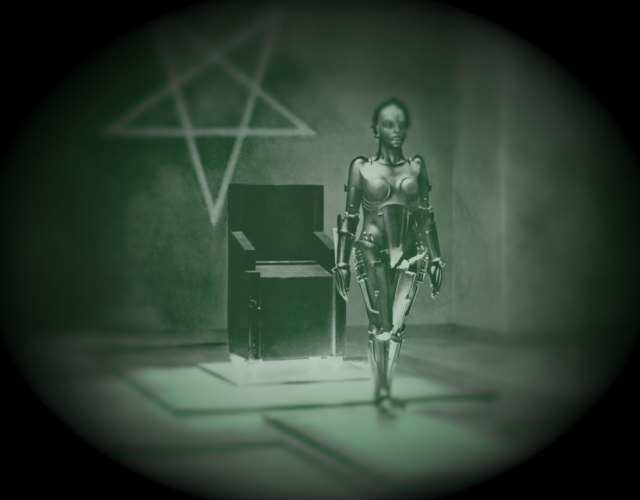 – a review of Robert Piguet’s Futur

Back in the early Pleistocene era, when yours truly was defining myself in many different ways, I decided early on that in order to choose my great perfume loves, there was only one way to do it – to choose something as far removed from my mother’s particular tastes and inclinations as I could get. My Scorpio mother was very much a diehard lover of bold Oriental perfumes, and although I could agree on the bold (not least for the impact effect), Orientals, for all their opulence were a bit much for a fourteen-year-old bookworm ingénue.

My ideas ran to more intellectual fare, something that defied explication and didn’t hint at promises I had no idea how to deliver. But what to choose? Floral-centric fragrances seemed grandmotherly to me at the time, Orientals were out of the question, and I was nowhere bold enough to cross the gender divide of the perfume counter, but luckily for me, I was at the right time and the right place…

This was the moment: A late afternoon in early May on the Pont Neuf in Paris in the late Seventies. Maman and I had spent the day at Versailles and both Trianons, and were simply strolling along in the May sunshine, thinking about all we had seen, talking about the wonders that awaited the next day at Guerlain and Dior, drinking in that revelation that was Paris on a sunny May afternoon.

Which was when I saw her walking towards us. Tall, blonde, effortlessly striding on the cobblestones in impossibly high heels and an impossibly ravishing outfit that exuded Bohemian Chic in capital letters – green panne velvet harem pants, an embroidered gold velvet tunic of flawless cut and precision, about five pounds of gold costume jewelry and a perfectly maquillaged face that could easily launch a thousand ships.

I had never seen anyone so beautiful in my fourteen years, or someone so defiantly stylish. But what struck me as she passed in a cumulus cloud with a wink at the gawking teenager was her perfume.

It was everything, she was everything I could ever aspire to being, everything I wanted in the woman I was to become, everything my immaculately groomed mother was not. It was, I came to discover later, a green aldehydic chypre of impeccable pedigree and make, made by that same couturier and designer who dreamed up her breathlessly beautiful clothes.

That was the moment I sold my soul to the greens and the chypres.

The next day, I chose Jicky – at the time, a gorgeously green Drrty Grrl if there ever were – as my first “proper” perfume. Many others followed in quick succession: the original Miss Dior, Vent Vert, Ma Griffe, Fidji, Cabochard, Ivoire, Dioressence, Chanel no. 19, Silences, Paloma Picasso’s Mon Parfum, Bandit… say the words “green” and “chypre”, and I’d be there in a heartbeat to set my paycheck on fire, even the very one worn by that unknown beauty on the Pont Neuf – Yves Saint Laurent’s Rive Gauche.

So this new wonder on my desk should have been a slam dunk, a home run, as obvious a love as any of those gloriously green galbanum bombshells I love and adore to this very day.

So far as I’m concerned, the storied house of Robert Piguet should be right up there with the all-time greats in perfumery – mainly because he had the surpassing great judgment to choose Germaine Cellier to work with. Bandit ranks among my ‘desert island perfumes’ – if I could only choose ten, Bandit would surely be one of them.

Futur should likewise be an instant love – after all, isn’t it a green? Isn’t it a Piguet? Isn’t it the perfect recipe for pouring resolve and titanium into my spine and proclaiming to the world:

Futur was originally created in 1967, at a time when that nebulous term ‘the future’ was more style than substance, when relentless optimism overrode any dystopian rumblings in the underground, and the future looked so bright we all would have to wear shades.

What it was, I can’t say, but what it is…is a simulacrum. In other words, there’s a great idea in there somewhere, but I’m damned if I can find it in the first three hours.

Futur begins as a hot, soapy, sudsy, synthetic green mess that teeters on the brink of squeaky clean. You can mention bergamot, ‘green notes’ and jasmine until this cow goes home, but this green future is nothing so much as a rather dishy (in several senses), classy soap. It smells like the world’s cleanest, most immaculate machine. All gleaming chrome and a peerless reflection, but what is it reflecting?

That squeaky clean, man-made machine, that’s what. As it develops, it gets woodier and even slightly mossy without ever once descending into anything that might be called oakmoss territory. It’s just enough to qualify as a chypre by the skin of its teeth, but never loses that soapy blast of the opening. Somewhere near the bottom, it grows darker with more of a pine tree feel, and somewhere around here, I get the idea. I’m just not sure I like it that much.

That great, dystopian and highly romantic film, Fritz Lang’s Metropolis comes to mind, not so much in its vision of an unlikely future that’s ostensibly only thirteen years away, but of the dichotomy between the real Maria and the robot Maria, wreaking havoc in the pleasure district of Yoshiwara.

If robots wore perfume, this would be for the robot Maria. Not so much a woman as the simulacrum of one with a bitterly green, evil agenda. She was just real enough to fool the workers, the easily duped, the wretched creatures who saw only what they so desperately wanted to believe. She’s emerged from her pedestal and stalks out on gleaming chrome feet to take over the world. Be afraid!

I’ll pass on this waft of bleak and bitter dystopian future and console myself with another animal of imperfect biological origins.

Robert Piguet Futur was originally released in 1967 and recreated in 2009 by perfumer Aurelien Guichard.

With special thanks to Nick Gilbert, who made it possible.

Save the Genie from extinction! Find out more here and also there.