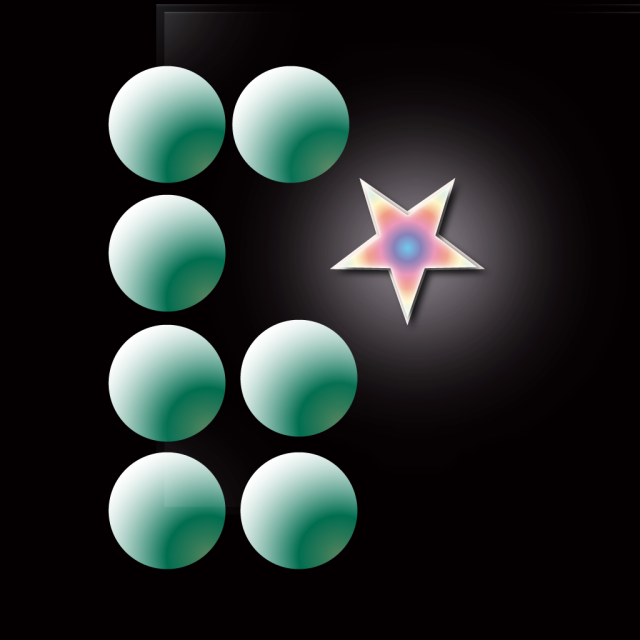 It’s been far too long. I have in the past six months removed myself from social media to a greater or lesser extent due to work issues (my first major freelance assignment, now completed) and life issues, and somewhere along the way, perfume fell by the wayside in the sense that I for good or for ill didn’t and couldn’t … write about it. I’ll be getting back to that one.

A new novel will, Dev willing, find its way into the world of publication in two languages this year, Danish and English. It will be a prequel to Quantum Demonology, with a very different narrator and a very different story.

In publishing, there’s a phenomenon called The Follow-Up Act. In layman’s terms, the Difficult/Impossible Second Novel. Since Quantum Demonology was in a sense handed to me on a platter of id and dissociation, what this means is the second book in the series (which in terms of story arc is actually the first, and makes QD the third) has caused me more grief than I ever knew existed. This time, the stakes are higher. This time, I have something to prove, which always gets a writer in trouble, and this time, some aspirations of achieving what I hoped for with the first, thanks to a Danish publisher who could be a soul brother in terms of common inspirations, idols and predilections. Not to mention being a Capricorn with plans for world literary horror domination, quite a few connections and an epic talent pool of writers to urge that outcome along.

Sibling rivalry also plays its part. My beloved sister is a journalist, an often incisive columnist for one of Denmark’s largest women’s magazines and a published novelist. I’ll be damned and dipped in tar and feathers before I let her have that last distinction on her own, because why should she have all the fun? Luckily, she agrees. We write nothing alike and each have our own literary preoccupations, but by Golly, we’re going for it. Because we can, bolstering each other’s porcelain egos and talents with sisterly bubble wrap as we go. It’s what these two sisters do.

All along, perfume wafts in my wake. New releases have made my heart sing in ways I never thought it could by their sheer virtuosity, and other possible ones that just might also set the heartstrings quivering. I bought two hotly coveted perfumes in the past few months, one Estée Lauder’s Private Collection Tuberose Gardenia, and the other L’Artisan Parfumeur’s genius Seville à L’Aube. Next on my list is another favorite FBW, perfectly appropriate for the spring exploding forth everywhere around me as I type: Hermès 24 Faubourg. I’ve ripped through three decants and every single sample I have, which tells me it’s love. But having just upgraded my shoe collection, that’s not happening just yet, no matter how much I wish for it. And more indie perfumes for my FBW list: Envoyage Perfumes’ astonishing floral symphony, Fiore di Bellagio, Olympic Orchids’ White Cattleya, DSH Perfumes’ Giverny in Bloom and Fleuriste, Neela Vermeire Crèations Pichola, Aedes de Venustas’ Oeillet Bengale, Iris Nazarena, Palissandre d’Or, Cierge de Lune and.

The perfumes I’ve loved in my absence: my arguable HG, that intransigent, unapologetic bad-gal masterpiece that is vintage Robert Piguet Bandit. It has the effect of a hydrogen pulse bomb on the Dude. Should I ever doubt the towering genius that was Germaine Cellier or the delicate touch of Aurelien Guichard who reorchestrated it beautifully in 2007 to comply with modern IFRA standards, it takes just one sniff. I dare not contemplate what would happen if I ever encounter vintage Balmain Jolie Madame, or Vent Vert. I. Shall. Be. Toast. Bandit in the modern eau de parfum is on my FBW shortlist, if only so I can spray with abandon and let the world think what it will of that perfect, naughty, borderline disgusting/wrong note of cold ashtray.

Amouage’s Sunshine Man knocked the gender-bender out of the ballpark for me and has rapidly become my Favorite Masculine/Schmasculine Stupid-Happy-Delirious Perfume of All Time. It’s a lavender-almond cookie with an electrifying jolt of Curaçao/Cointreau/Grand Marnier that somehow all adds up to making me feel, well, deliciously delirious, maybe? It also has salacious effects on the Dude, who loves it on me and nowhere else.

Aedes de Venustas’ Palissandre d’Or, a silky-smoothly burnished spicy wood unisex wonder, is as transparent and as glowing as maroon silk chiffon, and has become something I crave very badly, which does not bode at all well for my wallet.

The Case Against TAG

Yet something I’ve also found myself doing with increasing frequency lately is pondering that space I take in the blogosphere, the state of the perfume industry and the hair-raising amount of new releases, new brands, and new brands of headache to consider, and what – if any – role I should try to fulfill.

I’ve been writing about perfume for almost six years, as part of the – let’s call it – second wave of perfume bloggers that began somewhere around 2010. In that time, I’ve seen the social media landscape around blogging in general and perhaps perfume blogging in particular change in ways that emphatically do not appeal to my comfort zone. That sweet-smelling (?!) world has become so much nastier, no matter what I do to convince myself otherwise. Some of my mainstays from those early days are still very much around and are as awe-inspiring as they’ve ever been. A few more have had to quit the blogosphere due to real-life issues, and I miss their particular voice and perspectives on this thing called perfume.

All of these things somehow all add up that soup of contemplation I’ve been stewing in for so long, and in the past year or so, a few things more have given me long, hard pauses for thought.

I began to write about perfume for two big reasons. First and most importantly, to become a better writer. At the time I began my first perfume blog on Blogspot, I was heading toward the finish line of my novel Quantum Demonology, and thought it might do me good as a writer to find an outlet for all those girlie sensibilities the hard-boiled QD protagonist would have mocked to infinity and beyond.

I dare say that YOU – if you’re reading this – have forced me to up the ante and succeed in ways I could never have imagined that August night in 2010 I cooked up the idea to become a perfume writer.

Thank you. For bearing with my idiosyncracies and predilections, and for being with me this far.

I’ve also been the victim of trolling on more than one occasion in the past year or so in particular. I’ve received more or less “anonymous” emails blasting me with vitriol and undiluted verbal hydrochloric acid for daring to redefine perfume writing on my own terms and in my own way, for not knowing enough about my subject matter, for shoddy, slapdash research into my subject matter (FWIW, some of those reviews required over a full month of research to write with any degree of credulity), and a blatant inability to locate even the most “obvious” notes in the perfumes I’ve reviewed. Some of these mails have gone so far as to state I should just STFU already ‘if you can’t write like ‘normal’ perfume bloggers!’

There IS such a thing, and I didn’t know?

I realize an entire segment of online entities out there take great pride in destroying reputations, credibility and what in social media has been dubbed ROI, or Reach of Influence, on the mistaken assumption that our entire self-worth rests solely on the opinion of such human pondscum.

As a perfume blogger, I could not have cared less. There is no shortage of blogs out there to read or to watch on YouTube, and no shortage of compelling perspectives and quality prose. I link to the best of them.

But as a writer, I was devastated nearly into giving up the ghost altogether, and that conclusion almost did me in. If I can’t write, if I am silenced into nonentity or figuratively ball-gagged into shutting up, then just kill me now.

I do not, and have never that I’m aware, ‘write about’ perfume. I write to express my impressions or to communicate the experience said perfume gave me. You may beg to disagree, and that’s perfectly all right. Should I sometimes – as indeed has happened – be inspired by a particular perfume so stellar I feel compelled to write my review as a story and you take offense at that, then by all means unsubscribe and read something else. My perspective is a novel writer’s and storyteller’s perspective, and I can’t and won’t change that, not even to shut up the trolls who take offence at my approach or indeed anything else about me.

As I stated before, the conversations we’re having about perfume have changed. Likewise, the relationships between brands and perfume bloggers has also changed. I was shocked to learn that at Pitti Fragranze last year, some bloggers walked around with price lists for reviews, which was somewhere around the point where my own brain imploded.

Call me old-fashioned. But a paid review in my book = no credibility whatsoever as a reviewer. In any size, shape or form.

I began with a passion – my own passion for perfume, and my passion for verbiage. That passion is not, nor will it ever be for sale. I couldn’t live with myself if it were. You may choose to believe me when I say that a rave is a rave because I think something is great/stellar/incredible, or you may take issue with the – indisputable – fact that certain brands on TAG always get raves. For one simple reason, and I state this with my hand on my heart and swear on my cat’s fur: because they’re always that great. Emphatically not as a compliment to a brand that provided me with a sample free of charge.

But more than anything, I’ve thought about that space I take, thought to utilize it better and more, thought to do whatever I could to entertain, or illuminate, or sometimes even confuse/bemuse my readers, and that has happened, too.

No one is renumerating my time or my efforts in trying to find the words to match my nonverbal impressions of a perfume.

More to the point, no one cares. Or do they? If you’ve read this far, do you?

Let me know in the comments! And let’s continue the conversation – about perfumery, about the blogosphere, and about… that space we take.