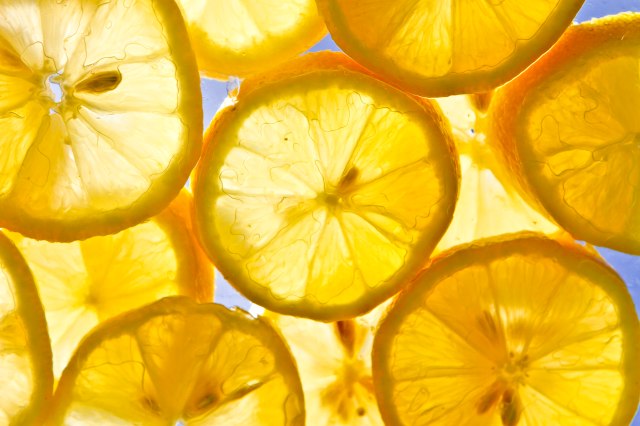 Certain things are a given in summertime. You can reasonably expect to survive the heat of July with a) a few mosquito bites, b) by moving from one shady spot to the next if you’re anything as fair-skinned as I and c) last but never least, by rejecting most of the contents of your perfume cabinet in favor of lighter, flirtier scents, unless of course you’re also like me and suffer a fit of heatwave-induced contrariness and roll out what my friend Ms. Hare calls ‘bombs’; those take-no-prisoners odes to opulence that do wonders for your mood if not for your 12+ hour sillage trail.

Today, dear readers, will not be one of those days. For today in my garret in Niflheim, it is an already warm, blue summer day with the promise of more heat on the way. It won’t be long before I turn on the fan and place it on the floor to the delight of Hairy Krishna and Janice Divacat. All my windows are as open as they can be with two cats under a rooftop, the blinds are down to keep out most of the heat and as I type these words, my hair is up in a clip and my iPig is blaring a favorite baritone. I am wearing precisely one item of textile since it’s far too hot for anything more – a tissue-thin A-line rayon dress that won’t make the mailman blush too hard should he arrive, but it’s the coolest item of clothing I own and I have no air conditioning apart from my fan.

Today is also the day I reach for a small vial I’ve been meaning to review for quite some time – Andy Tauer’s recently re-released Cologne du Maghreb, which was originally a 2010 limited edition he has now made part of his permanent collection.

You could argue that the European perfume industry as it exists today owes everything to the cologne – that refreshing if fleeting blend of citrus, flowers and herbs that has been applied to everything from skin to hair to babies, and even used as a mouthwash since Giovanni Maria Farina hit upon a lucky blend in 1709 and named it for his new hometown of Cologne in Germany, an homage also to the local belief that the waters of Cologne cured everything that ailed you, bubonic plague included!

If this eau de cologne by the great Andy Tauer (one of my Primeval Forces of Perfume) is another panacea for all things heat-related that plague me, then it can’t possibly hurt to try.

If colognes – at least, the ‘classic’ variety embodied by brands such as Roger & Gallet or 4711 – strike you as uncomplicated, somewhat linear fragrances to mindlessly revive your melting self beneath a molten sun, then I have news for you.

Cologne de Maghreb is not one of those. Surely, we perfume diehards hoped for no less from the august Andy Tauer?

And just as we hoped, dear Andy delivered. For his Cologne du Maghreb is neither simple, uncomplicated nor linear in the slightest, yet it is very much a cologne, meaning it is as invigorating as a dip in a cool swimming pool (I can dream!) yet also every drop as sophisticated as all his perfumes.

It begins, like so many great perfume tales, with a blinding bright sunshine burst of lemon and bergamot. And I do mean… lemon. Lemon with a capital L, lemon with all its zest and juice and joie de vivre intact, a lemon that must be a close relation to one of my own heatwave standbys, namely homemade lemonade.

But under that citrus-y sunshine lies a verdant bite of herbs and an earthy, shady vibe from the Atlas cedar that on my skin is apparent from first to last. As it softens and fades, I detect a seamless aura of neroli and orange blossom (never, ever a bad thing in my book), a whiff of background rose and a whisper of lavender, but they’re very hard to tease apart unless I close my eyes and concentrate.

As it evolves and moves forward, the lemon stays in the background like a heartbeat in tandem with that luscious cedar, and it becomes greener and earthier when the vetiver and labdanum arrive treading softly, adding a touch of sunset amber to the greenery.

Unlike most Tauers I’ve been lucky enough to try, Cologne du Maghreb doesn’t last much more on me than approximately three hours or so, which is still quite impressive for a cologne.

I have generally speaking – apart from a vintage bottle of 4711 I acquired in a thrift store for reference – tended to avoid true colognes (as opposed to eau de cologne concentrations of certain perfumes) precisely because they’ve seemed a bit too simplistic, fleeting and linear for my personal tastes. In some hard to articulate way, they’ve failed to scratch my perpetual itch for Slaying Them With Sophisticated Sillage.

Now, with Cologne du Maghreb, Andy Tauer has upended all my preconceptions of what a true cologne can be, by making a cologne for the rest of us perfumista diehards. It is not boring, not simple, not clichéd or trite in the slightest.

Instead, it is the closest thing to bottled air conditioning I’ve tried all summer. While I very much doubt Cologne du Maghreb will cure bubonic plague like those famous waters of Köln, it certainly cures any summertime heat blues I might have. I’ll be buying a bottle as soon as I possibly can.

Perhaps I should just call it…

Cologne du Maghreb is available from First in Fragrance and Luckyscent.

Disclosure: A sample was provided for review by Andy Tauer, for which I can’t thank him enough. Also special thanks to Jeffrey Dame and to Andrew Millar, who suggested a cure for my long and debilitating case of writer’s block.