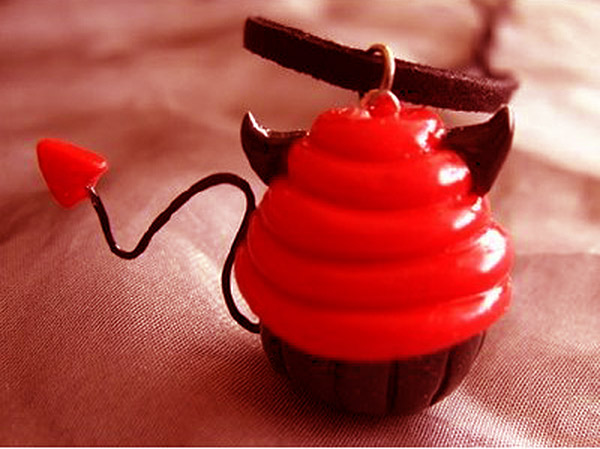 It’s about time I said hello again, don’t you think? I mean, the brief only told you so much. The rest of it was nothing more nor less than her words, your imagination and those astonishing perfumes you’ve created for her project – perfumes you might never have dreamed of making if not for the impetus of that idea, those words, a friend’s persuasion, and your own intrigued curiosity.

She isn’t writing this review. Right this instant, she’s asleep in the borderline hour between night and day, tinted the twilit blue before sunrise. Hairy Krishna is curled up against the small of her back as he always is, guarding her against any intruding dreamtime monsters, just not me. Let her sleep. The poor woman has a lot on her plate these days, as all women do, what with blog backlog, Super Mario Jr., book ideas, the sequel bubbling away at a steady 80 mph, correspondence, social media and that q-word that gives her so many nightmares…the query letters she will submit for Quantum Demonology before this year is too much older.

You and I know…it’s a good book. It will probably raise more than a few eyebrows and likely not a few hackles, too, but if people push misleading, craptacular ‘naughty’ drivel to the top of the NY Times bestseller list, then I know other, far more discerning readers will certainly be intrigued enough by Quantum Demonology’s premise to buy it. After all, what’s not to love about rock’n’roll, a midlife crisis and a sexy, reinvented Faustian tale?

The problem, as you know, lies in that all-important step …to make the dream a reality. She’s so close. So close, so thrilled with the feedback and the reactions, and so petrifed to let all that faith in her story down. I think that’s what’s called action paralysis. It’s not that she doesn’t have faith in her book, it’s simply that she needs to believe she can do it. Write the f***ing query letter, that is. I have no doubts at all she is capable of writing anything else she damn well pleases and even fewer doubts she probably will and start several bonfires in the process, too. That much of a dyed-in-the-nylon-mesh punk she still is, bless her.

So I’m writing this review. After all, you’ve made bespoke perfumes for me. Not one, not two, but three. I like to think of them in musical terms – like movements in a symphony or maybe acts in an opera would be a better description…evolving even as you do when you create them. Who knew how narcissus and boronia could elevate such a dark, delicious, labdadum-luscious blend as your mod #1? Who could have conceived of such a thing as a coffee-tinged, boozy, utterly captivating chypre beast, or even the no less marvelous bottled mélange on her desk as I type these words, emblazoned with the DSP logo and those modest, unassuming letters…#2.

Did you imagine what you would do? Did this project maybe…stretch you a little, spark your creativity? Did it make you think a bit about the nature of light and dark, good, evil and how we perceive it, did you contemplate how to translate hallowed words like perdition, redemption, temptation and passion into the wordless medium… of perfume?

I sincerely hope it did. Actually, it’s less of a hope and more than an inkling that’s precisely what happened.

You see…all of you perfumers have surprised me. I like surprises. And #2 – a blood relation of #1, I can smell the resemblance in the structure – is nothing if not surprising.

If Quantum Demonology were a fairy tale – although you and I both know it’s not – this would be that certain famous bottle labeled “Eat me”.

Not that the sleeping writer in the other room hasn’t tried, but I’m known for my speedy getaways.

Here’s what I can tell: You, Mr. Morris, are no stranger to the dark, those twilight borders between the acceptable and the taboo, those unmentionable, incendiary, subconscious places where souls are made or devoured, and love and lust either bloom…or die.

#2 is – there is no other way to say it…An Edible Beast. This is me as a super-deluxe beefcake stew of temptation, of everything you could possibly want, close enough to touch, to kiss, to seduce or be seduced by…and that, dear perfumer, is only where this story begins to unfold all its perils and its promises.

Cumin and a melting, masculine leathery note so meaty you can almost imagine chewing them with your eyelashes, singing their duet in dangerous baritones…

Bite me, baby. You know you want to, oh, so very badly.

But this version of me is so much more…sweetness and light shining through that dense, thick aura. Not everyone could wear this, but then again, you made it for me and obviously, I’m not everyone. Something about it – it could be the cumin, or it could be the sweetness – something floral? Narcissus again? Something fruity? – tells about that other side of me, the secret me, that true self even I have that so few can comprehend, but you did.

Ellen chose to express me through her interpretation of the story as it unfolded. Maria and Alexis chose the contrasting tale of complements in their perfumes for me and for Lilith. Amanda told a tale of regret, redemption and the release of desire.

Neil, you chose another road into the tale my sleeping story-weaver wove, a road made of the desires of the flesh and the yearning of the spirit, knowing full well all throughout it would end…beautifully, if not badly.

So where does it end, my perfumer – where does this perfume land on the virtual page, what song does it segue into on my mortal, borrowed skin or even my immortal soul?

It ends with that heartbreaking, pitch-black labdanum, of frankincense and a melancholy tinge of myrrh. That too is a secret only a true initiate would know – sacred and profane, that darkness and light, good and evil, sweet and bitter, lust and love… are all one and all the same.

All aspects of the same story, all shades of the same profound emotions, and all of them here…part of, let’s call it…The Edible Dev.

I have to go. As I’ve written these words, the birds are blaring away outside and sunlight glows through her open window, as she dreams her restless dreams of what she could write. Hairy Krishna is flat on his back now, his head on her arm and I can tell, it won’t be long before he starts thinking about breakfast, and when he does, she will certainly wake up.

When she wakes, she’ll find this review already posted, and she’ll wonder at that, wonder at how and where and when…

Yet one thing will not surprise her – that I really truly was here in this room, typing away on her laptop, writing you these words.

She will know – since you told her that, too.

I’ll write you again, Neil. Count on it. If your art is anything to judge by, you and I have met before – so why not meet again – and soon?

The devious Neil Morris was sweet enough to provide me with a sample spray for a giveaway! If your curiosity is killing you, leave a comment by July 31st at midnight CET. Everyone worldwide is eligible to enter. One winner will be determined by random.org on August 1st.

25 thoughts on “The Edible Dev (with a giveaway!)”