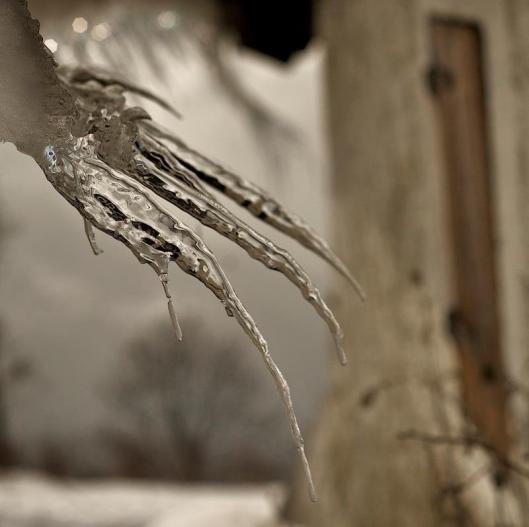 Among perfumistas, the degree of dedication is often delineated by our love of…’skank’, that handy catch-all phrase of all that is animal, dirty or even sexy in perfume. Civet, castoreum, musk and even cumin have all been used in perfumes for hundreds of years to denote a frisson of ardor and heated sensuality, something to bring out the inner animal hiding within. Many immortal pre-reformulation perfumes and even a few modern ones are testaments to ‘la bête sensuelle’, the sensual (if human) beast: Jicky and Shalimar, Bandit, the original Miss Dior and Bal à Versailles or even Francis Kurkdjian’s recent and audacious Absolue pour le Soir, all of them not so innocent at all!

Yet in the mainstream world since the Nineties, clean reigns supreme. Clean as in white musk, clean as in freshly laundered clothing, newly showered bodies…anything that elevates the human animal above its baser self into some rarified, intellectual level of being where we are all whiter than white, nearly abstract concepts, dreaming only the purest and most salient of dreams. It simply wouldn’t do to sully our surroundings with salacious, sexy scents, it was impolite to advertise any seductive intent in our scent trails, to blatantly lay claim to our own…bête humaine.

So while the world continued its love affair with hygiene and perfumes that accented the aquatic, ethereal and non-offensive, the alchemist duo of Serge Lutens and Christopher Sheldrake were meanwhile creating fragrant, fevered odes to the Orient, the very antithesis of trends and fashions, all of which celebrated that inner animal we took such pains to conceal. Perfumes that were difficult and challenging, journeys to far and distant places under foreign heated suns, phantasms that always took you by surprise, that delivered the unexpected.

I’ve since come to discover that M. Lutens likes few things more than the element of surprise unless it would be olfactory puns, and should he be able to combine the two, then so much the better!

That became very clear (all puns intended) when L’Eau was released in 2010 to more or less universal disbelief in the perfume community. It seemed almost an act of sacrilege and betrayal – from the house that gave us so many outrageously opulent creations with all their many convoluted twists and turns of evolution came this ode to The Clean Machine, the very antithesis of all fumes Lutens.

One thing I will say – it got the perfume community talking! About such mundane banalities as laundry detergent, soap, spray starch – all those defining elements of ‘clean’ we tend to take so much for granted in our quotidian lives, and for a Lutens/Sheldrake creation, that was likely the worst sacrilege of all. Motives were discussed on perfume boards and blogs, howls were heard on all sides, and redemption didn’t entirely arrive until the release of the Palais Royal exclusive Boxeuses.

I liked it so much, I drained both my samples. You see, I suspected – apart from M. Lutens’ definite sense of mischief in pulling out that Persian rug beneath our perfumed feet – that those outraged perfumoholics were missing a rather valid point – some days, sometimes, all you want to do is be clean and presentable and wear a perfectly ironed shirt, and let them think what they will. Life is quite complicated enough, thank you.

L’Eau to my unsophisticated nose was long-lasting, citrus-y and mint-inflected. It smelled like the very best quality soap you can imagine, a thick towel, and a perfectly ironed linen shirt you don after a long and wearing day and in one simple gesture, your sense of well-being returns. No thrills, no spills and no surprises, unless it was that flinty, mineral drydown that added a little extra steel to my spine. It got me compliments. More than anything else, it got me out the door in a lot less time, since I didn’t have to think which impression I wanted to make. It would be good. The rest – as even the concept behind it – was…immaterial.

Two years on, right when I’ve become accustomed to Oriental carpet rides in bottles and scented journeys through time and space, here we are again with ‘L’Eau Froide’, another angle on ‘clean’, only this time, those perfumed waters are so very, very cold…

With ‘L’Eau Froide’, the focus is on frankincense. Frankincense – one of my most favorite notes in perfume – is surely one of the most astounding materials known to man. The scraggly, unkempt tree of deep desert and rocky crags known as Boswellia comes in several varieties that are literally nothing at all alike. The same species of tree – say, Boswellia carterii – will be richly floral and lemony in Oman, resinous and pine-like in Yemen. Boswellia serrata, the frankincense of India, has an earthy, spicy, slightly patchouli facet.

The Boswellia sacra of Somalia which is highlighted in ‘L’Eau Froide’, unlike its siblings and cousins elsewhere for all it grows in similarly arid, hot locations, is the frankincense of… paradox. Its scent is literally glacial.

I’m lucky enough to have five different versions of frankincense to compare and even a small censer to burn them in. To make sure, I burned all five at different times: Hojari and Silver from Oman, Serrata from India, Carterii from Yemen and Sacra from Somalia. All were glorious, but only the Somali made my seven-year-old complain that it was ‘cold’.

I have no notes for ‘L’Eau Froide’ and so no expectations of trying to find elusive elements that may or may not be there. Instead, there is that same airy kick of citrus, a herbal element that could be rosemary and pine, a cool kiss of eucalyptus to wake you up and make you breathe it deeper. As it develops – which it does, slowly and stealthily – that chill frisson of frankincense comes forward on my skin, and it becomes far less soapy and much more mineral, with an earthy, pine forest feel that reminds me of the background taste of spring water, filtered through layers of stone and bubbling out its icy secrets for you to discover. That frigid frankincense is very much present throughout, and never loses that deathless desert chill until very much later, when musk finally manages to wrap its own warmth around it.

To my idiosyncratic nose, ‘L’Eau Froide’ is nothing like its more aquatic sibling, nor even anything like those many generic aquatic scents that pass for ‘masculine’ perfumes these days. It’s denser and richer and far more unique, definitely unisex.

Perfect for those days you need a little extra resolve, some added high grade steel in your spine, a touch of bright distance to let you concentrate on those all-important abstract tasks of your day, wrapped in that chilly, perfect paradox of heat.

I predict it will be used often precisely for those days I would prefer the world at a slight remove, the better to observe ‘la bête humaine’ in all its many guises and myriads of scents, the days when life becomes quite complicated enough, those days the writer watches life unfold around her for inspiration.

I also predict that not everyone will like it. It is indeed strange, it is indeed cold, it is a deep, deep breath by a hidden, secret spring, and not all secrets are always…appreciated!

As for the mischievous M. Lutens, we can only guess at his intention. But as he stated in the press release:

I have a giveaway! Leave a comment by midnight CET, Sunday the 26th of February for your chance to try ‘L’Eau Froide’ for yourself. A winner will be chosen by random.org.

L’Eau Froide is now available from the Serge Lutens website, and will be available worldwide in March.

Disclosure: My sample was provided for review by Serge Lutens.

34 thoughts on “The Chill, Paradoxical Hand of Heat”