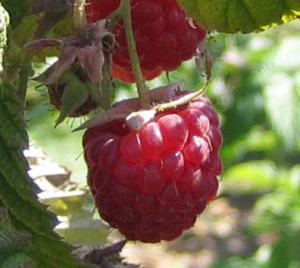 – Perfume and the generation gap
Yesterday after work, I had a meet up with a female friend and mentor of mine, who takes a keen interest in perfume, this blog and yours truly, not necessarily in that order. To that end, I brought a bag packed with most of my sample and decant collection, which for reasons I have yet to fathom seems to be growing exponentially. All through the morning, a few of the other ladies, all of them in their twenties, eyed that bag and wondered at those boxes, until one of the girls finally summed up the courage to ask what was in them. It was our lunch break. I hauled them out…

Most of these lovelies know nothing of niche perfumes, and all of them have never known the heyday of broad-shouldered Perfume with a capital P. What they do know is that yours truly is the local Sillage Monster. They know I never wear the same thing two days in a row, they know I wear…a lot of it at any given time, and they know I sure as shinola don’t smell anything like their mothers…so their curiosity was killing them.

One girl – let’s call her Annie – opened up a box containing various Lutens, Amouage, my Atelier decant and the results of a sample spree at First in Fragrance. “I always wondered,” she said, “what it is about you and your taste in grandmother perfumes.”

“Grandmother perfumes?” I asked. Having recently acquired a young and ardent lover, ‘grandma’ anything was the last thing on my mind.

“Yeah,” piped in let’s-call-her-Beatrice, “they’re, like, heavy and heady. We can smell you after you leave the room.” She grabbed my decant of Boxeuses, sniffed, and wrinkled her nose.

I nodded toward the gang of testosterone in the room. “I haven’t heard any complaints so far.” Two of those guys still had fond memories of the day I showed up in a cloud of Bandit. They had been happy to say good morning ever since. My male boss on the other hand, took me aside later that day and told me I really shouldn’t wear Bandit to work. It was too…distracting. Score one for Piguet!

“Well, they wouldn’t, would they?” sneered Annie. She was still miffed I had scored a lover who was seriously cute and just her type. “Phew…” this was her reaction to my beloved ‘Ubar’, “damn, this stuff is…awful.”

“Only because you think you’re supposed to smell like watered down raspberries-with-rose,” I said.

“I hate those,” Beatrice reached for my purse spray of Lutens’ Fleurs d’Oranger and inhaled. “Holy…cow. So that’s what that was.” She bravely sprayed a wrist. “Oooooh. Wow. Gotta say it, this is sexy.” She didn’t stop sniffing. Her eyes were shining. When the jasmine and tuberose began their little pas-de-deux with a flurry of nutmeg and ambrette, she stared at her wrist as if she couldn’t believe such marvels existed.

“Too much.” Annie shook her head. She opened up another box and hauled out a white bag emblazoned with the Etat Libre d’Orange logo and ‘Le parfum est mort – vive le parfum.”

It figured the first one she would pull out would be ‘Secretions Magnifiques’. “Look…this one has a…” she waved the little booklet around. Our table erupted. “Yes, it does.” I snatched it away from her. “Trust me, you really don’t want to open that one.” Luckily, there was plenty else to distract her. ‘Rossy de Palma,’ ‘Vraie Blonde’ and ‘Nombril Immense’ were quickly discarded. ‘Noël à Balcon’ found favor, and so did ‘Encens et Bubblegum’ and ‘Jasmin et Cigarettes’. “This, stated Annie with finality, “is more like it!” She dabbed a little on one wrist. “I like it more and more…How much is 100 euros again?”

Beatrice was feeling adventurous. I knew it was the ‘Fleurs d’Oranger’. ‘Like this’ was inhaled. Her eyes opened wider. She grabbed the little glossy black box and took off the rubber bands. “So this is the one you’re working on for your book…” She took off the lid. There was no need to sniff, because the bass line of the Devil’s scent wafted in all its potent extrait strength glory all around the table. One four-letter word escaped her. “That’s the general idea,” I said. “You mean…” Annie’s eyes were as big as saucers, “people will actually buy this stuff? Like, pay money for it? And…” her voice dropped to a whisper as she tried to grasp that idea, “Like…wear it, too?”

“Well, it’s not finished yet…this is just the foundation, so to say…or the first draft.”

“Have I got something for you…” I opened up Doc Elly’s box and located ‘Siam Proun’. “Here, try this.” “Oh! Oh!”. Cherry was in the grip of some powerful emotion she didn’t quite have the words for in Danish. She muttered something in Tamil. “It smells like…love, and home, and everything beautiful! Like something Saraswati would wear!”

“You’re learning, sweetheart!” I gave her a hug. “Then you shall have it!” She already owned ‘Gujarat’. She had been a darling ever since. If I gave her Siam Proun, she might let me snag a few of her pistachios.

“Pooh….” Annie waved her hand. “Too…much, if you ask me.” She sniffed her jasmine and cigarette-infested wrist. “Where can I buy this? And how long until payday, anyway?”

Beatrice turned the decant of ‘Fleurs d’Oranger’ over and over in her hands. Every so often, she sniffed at her wrist. Then, she straightened her shoulders, tossed back her ponytail, and sprayed the other wrist. “No such thing as too much, if this is what it smells like!”

I almost regretted not bringing ‘Ambre Sultan’, but there were maybe five sprays left, and they were m-i-n-e.

“Well…” Annie gathered up the mess of Etat Libres and put them back in their bag. “That was…an education.”
“What I want to know…” Beatrice sniffed again. She’d trail that sillage for the rest of the day and love every millisecond. “Is how do you write about it?”

“Yeah!” echoed Annie and Cherry, “How do you? Write about it?”

I gathered up decants and purse sprays and sample bottles and put everything back in the bag. “Search me. I don’t know. I just open up a sample or a bottle and…let my nose do the talking!”

“I know how you scored that cutie…” grumbled Annie. She pointed an accusing finger at the bag. “It was one of those…grandma fumes!”

Not true, but I’d never tell…

Later, after a decadent chocolate cake and a lot of laughter, my mentor – we can call her Denise – and I settled down with the boxes.

Denise is a few years older than I, a lot more settled and yet – she has never lost that sense of fun and mischief, which is one reason we get along so well. We hit it off instantly, that cold February day we met, and we’ve hit it off in a big way ever since. I adore her for the way she can rearrange my mental furniture in new and more efficient settings, and for letting me be myself. Once the mentor part is out of the way, we park business where it belongs and get back to the important stuff – like friendship.

She told me of a recent visit to Strange Invisible Perfumes in Venice Beach, and then went through my sample boxes.

“You know…I went to Luckyscent’s Scentbar in West Hollywood, I went to Sephora, and I went to that store in Venice Beach, and I even blazed through duty-free in Los Angeles and Amsterdam, but it’s gotten to where I don’t dare to buy perfume these days unless you’re with me. You know…” her brown eyes danced across the table. “Because you know what real women like!”

“To smell womanly, you mean?”

“Yes, to be…unique, to feel special, to feel…just a bit better than yourself!” She inhaled Andy Tauer’s ‘Incense Extreme’. “I remember you wore this the day we met.”

“I did.” And frequently ever since.

She found ‘Fleurs d’Oranger’. “OMG…this should be banned.” She sprayed an elbow.

“You realize that once you start batting for Team Lutens and Sheldrake, it’s over,” I said. “You’ll never be the same again, you’ll be corrupted for life, it’s the road to perdition…”

“Good!” She let it settle and opened ‘Ubar’. “I can see why this made you cry. Wow, it’s stunning. Just…” she breathed in. “Stunning. I can see why mainstream is so incredibly boring after this.” Her face had the word ‘epiphany’ written large all over it.

“Well, I like a challenge, and a journey in the bottle,” I said.

She eyed my decant of ‘Boxeuses’ and opened it. “I can’t believe it. I just can’t believe it.” She sprayed a wrist. “Are there laws against this anywhere? If there aren’t, there should be!”

“Only in Canada…and Detroit,” I said.

“I can’t get over how incredible this is!” She sniffed. And sniffed her elbow, where ‘Fleurs d’Oranger’ bloomed its siren song. “I can’t decide. They’re both so gorgeous…” She had a faraway look in her eyes. “Second opinion!” She jumped up and consulted her hunky husband in the other room. A few minutes later, she came back. “He said ‘Boxeuses’, so ‘Boxeuses’ it is!

Before I left, she had me write down the web address of Serge Lutens. Less than an hour later, I received a text message while standing in the checkout line at my local supermarket. “Just bought Boxeuses! Can’t wait! And I can’t thank you enough, either!”

Not so bad for a humdrum Thursday…

24 thoughts on “Raspberry and Plums”